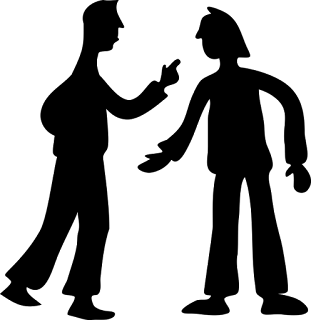 We make value judgments about the actions of ourselves and others all of the time. We say things like: “It was morally wrong for Ted to lie to his wife”, “Given the options, she did the right thing”, “What I said was wrong”, and “It’s morally wrong to torture someone”. What do these kinds of value judgments mean? Are they statements of opinion or statements of fact? Why do we make such judgments? And how do we know what is right or wrong? Metaethics is the subbranch of ethics that deals with answering all of these questions. Metaethicists are interested in finding out what is going on when we make moral claims. Given that there are a wide range of questions that could be asked, it is useful to break Metaethics down into four sub-areas or topics:

Moral ontology- Are there moral facts?

Moral semantics: What do our moral claims mean?

Moral psychology- Do we have an innate sense of morality (i.e. moral instincts)? Where do our moral judgments come from (reason or emotion)? What motivates us to engage in moral behavior?

Moral epistemology- How do we know what is right and wrong?

In this post, I will focus on moral ontology and semantics, following up with subsequent posts on moral psychology and moral epistemology.

Semantics
People often dismiss questions when they hinge upon the meaning of words. But it’s important to carefully spell out how someone understands a concept in order to avoid confusion and talking past one another. If two people are using the same word in different ways, then they are not necessarily disagreeing. They disagree about what the word means, but they may not disagree about the topic that is at issue. Some disagreements can be alleviated by checking a dictionary. But that is only if the discussion hinges upon how a word is ordinarily used in the native language. Philosophical discussions of commonly used words, like ‘knowledge’ and ‘belief’, are meant to give richer and more precise definitions of the concepts than necessary for having everyday conversations. Philosophers try to tease apart different theories of what these terms mean by testing them against possible counter examples and by looking for inconsistencies or variations of meaning in common usage.

Noncognitvists argue that moral claims are expressions of one’s emotional state (emotivism), prescriptions for how to act (prescriptivism), or an articulation of ones’ desires (desirism). To better understand these variations, here are noncognitivist translations of the sentence “abortion is wrong”:

Noncognitivists think that moral disagreements are misguided. When people argue about morality, they are really just exchanging their own emotions, desires, and prescriptions for good behavior, not making factual claims about value. It would be like two people arguing about whether licorice tastes good. (S1: Licorice, yuck! S2: Licorice, yum!)

Cognitivists argue that moral claims are meant to be factual claims. Nihilists think that moral claims are statements about how the world is, but that all they are all false. They argue that there are no such properties as ‘good’ or ‘evil’ in the world, just link there are, presumably, no such properties as ‘being possessed by demons’, or ‘having the capacity for free energy’. Nihilists are then committed to two claims: one semantic, the other ontological.

Ontology
Subjectivists think that moral statements have truth value (i.e. they are true or false), but that they refer to subjective properties, like funniness. If people are amused and laugh at a joke, then the joke is funny. Whether or not something has an objective property, like ‘squareness’, depends upon whether the object in question has certain features (e.g. four equal sides). If people come to believe that a square is a triangle, and start trying to push it through a triangular shaped hole, that does not make it a triangle. A square is a square because of features that are independent of what anyone thinks about it (c.f. Huemer 2007). On subjectivism, if someone believes that something is morally good, then it is. Mental states of subjects are the truth makers of moral statements. One variation of subjectivism is relativism, where something is good if there are individuals belonging to some culture/historical time period/belief system that think it’s good. Another would be divine command theory, which states that the mental states of a particular subject (i.e. God) determines moral truth.

Lastly, there are the objectivists. Moral objectivity is often defined in various ways, but here is a characterization that I find plausible. Moral statements are objective if they are constitutively independent of human attitudes (c.f. Huemer 2007), eternal (their truth value does not change over time), and universal (apply to all rational agents). Objectivists roughly fall under two camps: reductionists and nonreductionists. Reductionists think that moral language, such as ‘good’ or ‘wrongness’ are about objective properties in the world, but that they can be translated or reduced to, for example, properties detectable via the scientific method (e.g. happiness levels of conscious creatures). There are many scientists and science popularizers that are proponents of such a view (Harris 2011, Shermer 2015).

Nonreductionists think that moral properties cannot be reduced to statements that refer to natural properties. One variation of nonreductionism is intuitionism, which states that moral properties are objective, but that they can only be characterized by words like ‘good’, ‘bad’, ‘right’, and ‘wrong’. Certain actions are wrong because they are just wrong. While this may sound circular, the same kind of circularity is used to explain why basic logical and mathematical facts are true. Why is 2+2=4? Why is it the case that if B is larger than A and C is larger than B, that C is larger than A? Some claims are just self-evidently true, requiring no further explanation.

A final distinction is between singularism and pluralism about objective morality. There are those who think there is only one correct set of moral guidelines and duties, and those who think there are alternative sets of moral frameworks, perhaps relative to different kinds of rational agents (e.g. space aliens).

With such a diverse pool of views on the semantics and ontology of moral statements, where does one even begin? Like any other philosophical issues, these views need to be argued for and only one of them can be correct. While discussions of moral semantics and ontology are only typically found in the seminar halls of a philosophy department, these issues matter. Throughout history, humans have taken morality so seriously that they have gone to war over disagreements about value and how societies should be structured. If someone claims to be a nihilist or a relativist, then it might be irrational to engage in moral arguments with other people. Likewise, if someone is claiming that there are objective right and wrong answers, then they are committing themselves to some version of objectivism. No matter how hard one may try to avoid doing moral philosophy, everyone is committed to some kind of metaethical view, and we should try to reflect upon its sustainability in light of philosophical objections and relative strengths/weaknesses of the competing alternatives.

Shermer, M. (2015). The moral arc: How science and reason lead humanity toward truth, justice, and freedom. Macmillan.
Posted by David Sorensen at 4:32 PM No comments: