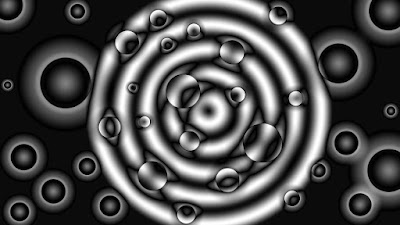 Ontology is a sub-branch of metaphysics that deals with what kinds of things exist. At first pass, it might seem like scientists would be better authorities to consult than philosophers on what exists, but that would be to misunderstand the project of metaphysicians.  Unlike science, which refers to specific classes of physical objects (e.g. electrons, hydrogen, enzymes), metaphysics refers to the most general or abstract categories of things that exist: substances, properties, and kinds.*

To paraphrase the philosopher Wilfrid Sellars, metaphysics deals with how things, in the broadest possible sense of the word ‘things’, hang together, in the broadest possible sense of ‘hang together’. Metaphysicians who specialize in ontology, work on determining what the things. Put more simply, they ask 'what kinds of things are there?' Taking a step back from level of analysis provided by physics, metaphysicians try to determine specifically what (if any) kinds of substances, properties, and kinds exist. To make things more concrete, let’s look closely at these concepts and see how views about them lead to interesting philosophical conclusions.

Substances are understood as the entities in which properties inhere. While controversial, there are those who believe there are two types of substances: physical and mental. Mental substances would include things like immaterial human minds and God. Physical substances would include all of the objects of scientific study (e.g. tables, bears, helium, etc.), as well as all of the other physical objects we encounter in everyday life (e.g. tables, chairs, Ipads). The view which states there are two types of substance is called substance dualism. An alternative view would be that there is only type of substance (substance monism). On physicalism, the view which states the one type of substance is physical, minds are considered to have a physical basis in the brain, and the existence of other kinds of immaterial substances, like God, are denied.

Properties are understood as the entities that inhere in things (e.g. redness, circularity, positive charge). So, all of the red objects are thought to share the property of ‘redness’ in common, all of the circular objects have the property of ‘circularity’ in common, and so on. Just like for substances, there are property dualists who think there are two types of properties (i.e. mental and physical properties). Property dualists argue that mental properties cannot be fully explained by the physical properties of the brain. Mental properties are sometimes characterized as (strongly) emergent properties of the brain. Mental properties are thought to be dependent upon the brain, but something over and above brain processes. If we were to know everything about how the brain works, property dualists think there would still be the question of ‘why is conscious experience paired with brain activity of a certain kind?’ This is known as the hard problem of consciousness (Chalmers 1996). Physicalists see consciousness and other mental properties to be analogous to other biological properties, like digestion or photosynthesis. Photosynthesis may be an emergent phenomenon of biochemistry, but it is nothing over and above its underlying chemical properties. There are some physicalists who simply deny that there is hard problem. If one accepts that minds are identical to brains (c.f. mind-brain identity theory), then the question ‘why is A paired with B’ turns into the incoherent question of ‘why is A paired with itself?’

Kinds are groupings of objects (or substances) that share essential properties. For instance, gold is a chemical kind. All instances of gold will share certain chemical properties that are not shared by other chemical kinds (e.g. silver, potassium). Most of the kinds discussed by scientists are considered to be natural kinds, in that, the categories are taken to be individuated on an objective basis. It was not up to the scientists whether or not the whale was a mammal, the whale simply is a mammal, regardless of what humans believe. To better understand what a natural kind is, let’s contrast them with a clear case of an artificial kind: ‘pets’. The kind ‘pets’ include cats, dogs, parrots, and any of the other animals humans have adopted for companionship. Human interests determine which animals get selected as pets and which do not, and those interests vary depending on time and place. While there is some usefulness, for us, in using the category of ‘pets’, there is no property or cluster of properties that all of the pet animals have in common (other than certain groups of humans liking them). Thus, the kind ‘pets’ is not a natural kind.

There are also instances of categories in science where it looks as if scientists have to rely upon rather arbitrary categorization methods. In the case of counting the number of planets in our solar system, it used to be that there were 9, but after the discovery of additional Pluto-sized objects, Pluto was demoted to a dwarf planet. Instead, scientists could have kept Pluto as a planet but just increase the number of planets from 9 to 13.

To move to a particularly controversial example, take ‘race’. Should ‘race’ be considered a natural kind, or a category more like ‘planets’ or even ‘pets’? One consideration is that we know that humans are grouped differently around the world. The way we individuate races in the United States is different from how they distinguish races in other countries (e.g. Brazil). In the US, there are, roughly, five races (Black, white, American Indian/Alaskan native, Asian, and mixed). In Brazil, there are nine (see below). Anthropologists, who are the experts on human biodiversity, widely disagree about how to group humans, and come to widely different answers depending on their criteria of race individuation. Should we conclude that any single one of these groupings of humans is objectively correct? Or is it more plausible to assume that human interests primarily shape how we categorize human beings. 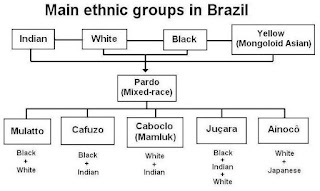 While scientists are typically unaware of philosophical jargon, they draw conclusions and make statements that can be accurately characterized as rejecting or accepting controversial categories, like race, as instances of natural kinds. You also see among laypeople that certain assumptions are made about controversial categories. For example, take the kind ‘gender’. A widespread view is that ‘gender’ and ‘sex’ are closely connected and that both are grounded in biology. One interpretation of the "common sense" view is that ‘sex’ and ‘gender’ are natural kinds in biology. An alternative view, held by both scientists and laypeople alike, is that ‘sex’ is a natural kind whereas ‘gender’ is an artificial social kind, one that varies according to human interests relative to time and place. Many proponents of this alternative view consider gender to be, what's referred to as, a social construction.

People have pretty strong views about race and gender, views which are amenable to philosophical analysis. There are also those who are skeptical about the prospects of ever settling these areas of controversy. But if there is a fact of the matter with respect to the ontological status of these categories, one is going to have to do the philosophical work to sort out the answers. Empirical evidence alone will not tell you what ‘race’ or ‘gender’ is. After all, there are experts who are aware of all of the relevant evidence but yet disagree about the more philosophical issues. Even if a consensus among scientists were to form, one may still reasonably ask whether or not the scientists drew the right conclusions.

*Metaphysicians disagree about just about everything. My breakdown of the world's ontology is hardly original, and is just one way to do it among many.

Email ThisBlogThis!Share to TwitterShare to FacebookShare to Pinterest
Labels: Metaphysics