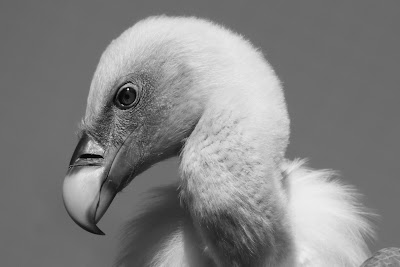 “The philosophy of science is as useful to scientists as ornithology is to birds.”

Philosophy of science, proper, deals with normative, epistemological, and metaphysical questions that concern all of the sciences. Here are five such examples:

o   What are the criteria for theory confirmation?
o   What makes a theory scientific?
o   What rational basis is there for making inductive inferences (reasoning from past cases to future ones)?
o   What kinds of metaphysical commitments do our best scientific theories have (e.g. should we believe the Higgs Boson exists?)?
o   Does science tell us about reality or only about appearances from the perspective of human beings? (Would space aliens develop scientific theories that are at odds with our own?)

Over the past few years, there has been a vocal group of scientists (e.g. Neil de Grasse Tyson, Peter Atkins, Lawrence Krauss) who think that reflecting upon on these kinds of questions are (1) irrelevant to their line of work, (2) trivially easy to answer, or pointless to ask, either because (3) there is no answer or that we could never know the correct one. A more general critique to philosophy of science as a whole is that it is alleged to be uninformed by contemporary science (4). In this post, I will address each of these contentions in turn.

(2)             Philosophical questions about science are trivially easy to answer

The first thing to say about this is that these questions are not easy and those who think that they are probably haven’t thought much about them. If it’s so obvious, it should be easy to develop arguments and reasons for why theory A is preferable to theories B, C, and D. Without doing the work—in showing why their own assumptions are rationally defensible—it prevents them from entertaining alternative views that may be more plausible, given a different set of starting assumptions. Moreover, some of their scientist peers probably have the same attitude about their own views (i.e. they’re just obvious), preventing a proper debate about the issues to be had. Philosophers are in the business of revealing hidden assumptions in order to subject them to careful logical and conceptual analysis.

(3)              Philosophical questions about science are meaningless or impossible to answer

How do we answer the questions raised by philosophers of science? What all of these questions have in common is that you won’t solve them by doing science. Perhaps that is why scientists don’t really like to raise these questions. Their area of expertise is in addressing questions that could, in principle, be answered through experimentation and observation. But those are not the only ways to settle a debate. Scientists may not know how to answer normative, metaphysical, or epistemological questions, but it doesn’t follow that no one does. Philosophers have been making progress on these questions by clarifying the concepts and theories that have been advanced in trying to answer these questions. For example, in determining whether a theory is scientific or not, philosophers have put forward a number of views, each one building upon the successes and improving upon the faults of their predecessors. Scientists like to defer to the philosopher Karl Popper, in that science, unlike pseudoscience, is in the business of falsifying hypotheses, not confirming them. To just accept what Popper says at face value is to assume that no progress has been made on the question since the 1960’s. However, there are more recent views that are, in my view, much more plausible and nuanced (c.f. Lakatos 1978, Thagard 1978, Pigliucci and Boudry 2013).

Contrary to Hawking’s claims about philosophers, many have extensively studied the science relevant to the questions they work on. Taking a look at some of the prominent philosophers working on the foundations of physics, David Albert and David Wallace have PhD’s in physics, while others like Tim Maudlin have BA’s in physics and have displayed extensive knowledge of the field in technical papers and books. So while scientists concentrate more of their interests on conducting experiments and carrying out research, it is not as if philosophers of science are unaware of their projects. Philosophers keep themselves up to date with the scientific literature, all while continuing their work on solving the philosophical questions that have been lingering in the background all along.

Ever since science split off into all of its specialized sub-branches (e.g. biology, physics, psychology), new philosophical questions, specific to the subject matter of each particular field, began to surface. In turn, philosophers have become increasingly specialized to deal with such questions. To give three quick examples, philosophers of physics grapple with how to interpret experimental findings (e.g. double slit experiment) relevant to understanding quantum mechanics, philosophers of biology sort through controversies over how to understand the level (e.g. individual vs. group) at which natural selection takes place, and philosophers of psychology work on clarifying and analyzing the concepts used to explain cognition and behavior (e.g. ‘mental representation’). While scientists also grapple with many of these questions from time-to-time, the philosopher works full-time on these issues.

Just like there has been a division of labor among scientists with respect to a range of subject matter, there has been a division of intellectual labor among the kinds of questions that are raised in each field. Before the 20th century, most scientists, or natural philosophers, reflected upon both kinds of questions. Even within the 20th century, some of the greatest scientists (e.g. Einstein) carefully studied and reflected upon the philosophical issues related to their areas of study. This, rather recent, division of intellectual labor is not necessarily a bad thing, but it has led to a kind of rivalry between scientists and philosophers that is, in my view, mistaken. Science and philosophy go hand in hand in explaining the world and our place in it. Where science leaves off, philosophy takes over. This says nothing about whether one is more important or explanatorily privileged than the other. It is just to say that these are different endeavors, each sharing the same aim: knowledge and understanding.

Email ThisBlogThis!Share to TwitterShare to FacebookShare to Pinterest
Labels: Philosophy of science