The argument from marginal cases 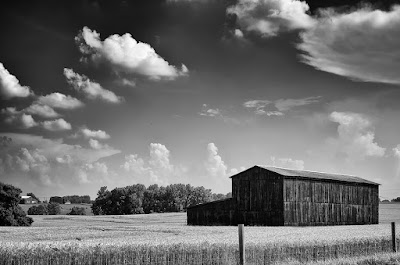 Vegans defend a number of arguments for why we shouldn’t raise and kill animals for food. One of the most popular and longstanding arguments for veganism is the argument from marginal cases (AMC). It goes like this:

Humans are thought to have more moral value than other animals because humans typically possess certain traits that we take to be morally relevant (e.g. self-awareness, high intelligence, rationality, moral understanding, future oriented desires, and life goals). But there are some humans that lack all of these traits, and some animals that seem to possess some of them (though, to a lesser degree). Humans that lack all of the morally relevant characteristics are referred to as ‘marginal cases’. Marginal cases include: the severely retarded, infants, anencephalics (babies born without brains), the senile, and permanent comatose patients. If one grants that these marginal cases lack all of the traits required for having moral worth, then they ought to be considered equals to certain non-human animals (e.g. cows), and inferiors to others (e.g. chimpanzees and dolphins). But we do not treat infants or the severely retarded like we treat non-human animals. That is to say, we don’t kill and eat babies, we don’t torture them, and we don’t experiment on them. What kind of moral theory or principle could explain this differential treatment? Without a morally relevant difference between the marginal cases and non-human animals, we are not justified in our differential treatment of the two groups. Our treatment of animals is inconsistent with how we treat the marginal cases.

In this post, I will first refute two objections to AMC. I will then provide a radical way to remedy the inconsistency between our beliefs about marginal cases and animals. I will argue that neither the non-human animals or the marginal cases should be subjected to unnecessary pain and suffering, but that we may allow for certain kinds of experimentation and animal farming (across species), provided there are no rights violations or extrinsic harms that result from such practices.

Part 1: Objections to the AMC

One way to resist the argument would be to argue that there in fact are morally relevant traits present in humans that are lacking in non-human animals. A typical example would be species membership. Simply being human has moral worth. All humans are members of the species homo sapiens, and no non-human animals are members of our species. Therefore, we have moral justification to treat non-human animals the way we do, because they are of a different species. The problem with this objection is that it seems implausible that being a member of a particular species is morally relevant at all.

Imagine we were to encounter extraterrestrial lifeforms or some other hominin species (e.g. Neanderthals) that were like us with respect to our cognitive capacities. They can talk, are capable of moral understanding, are highly intelligent, and are self-conscious. It seems obvious that we would consider these beings to have moral worth, but they are not members of our species. It is the morally relevant characteristics that they share with us that gives them moral worth. Therefore, species membership is not a morally relevant characteristic.

A second objection may come from those from a religious background. Humans have moral value because they have souls. Animals don’t have souls. Therefore, animals don’t have moral value. The problem with this objection is two-fold. First, positing the existence of a soul to explain human cognition is superfluous in light of modern cognitive science and psychology and fraught with metaphysical baggage. I don’t have time to get into the details, but for the sake of argument, let’s suppose that humans do have souls. Would that be enough for the argument to work? No. There are many religious traditions (e.g. Hinduism, Sikhism) that recognize the existence of animal souls, including at least five denominations of Christianity (Seventh Day Adventists, Episcopalians).

But even if we grant that animals don’t have souls, there is still work to be done on explaining why possessing a soul is necessary for having moral worth. If a creature can experience pain and suffering, it seems wrong to harm such a creature for trivial reasons (e.g. personal pleasure). The intuition that causing gratuitous suffering to conscious beings is immoral is shared by believers and nonbelievers alike. Without any good reason to doubt the force of this intuition, we are justified in believing that causing gratuitous suffering is just wrong, full stop. The absence of a soul does nothing to change this intuition.

There are plenty more bad objections to discuss, but I have been unable to come across any that are compelling. In turn, I believe that our differential treatment of the marginal cases and non-human animals is inconsistent and morally unjustifiable. For those who find the argument sound, the AMC forces one to reconsider our treatment of animals and/or marginal cases.

Part 2: Take-aways from the AMC

At first glance, there seems to be two ways to resolve the inconsistency:

(1) we ought to treat non-human animals much better (e.g. by banning factory farms)
(2) allow for marginal cases to be experimented on, tortured, farmed, and killed.*

Of these two options, the first seems to the more intuitive take-away. While it is more intuitive, it still has pretty radical implications. It would entail that we should all become vegans and perhaps ban the practice of animal farming altogether.

While I think it would be better for the animals, the planet, and for ourselves to cut out most or all meat from our diets, I think there is a compromise that could be made that ethically permits certain kinds of animal farming:

(3) neither the non-human animals or the marginal cases should be subjected to unnecessary pain and suffering, but we may allow for certain kinds of experimentation and livestock farming (of certain non-human animals and human marginal cases), provided there are no rights violations or extrinsic harms that result from such practices.

If we accept option 3, animal farming, where the animals are treated and slaughtered humanely, could be morally justified. It really hinges on whether animals and/or marginal cases have certain rights.

Adopting a basic theory of rights similar to the philosopher Michael Tooley’s (1984), I will assume that a creature has a right to X if it has a desire or preference to X, provided that such desires and preferences do not infringe upon the rights of others. This assumption accounts for the view that animals have rights not be subjected to unnecessary pain and suffering in light of the fact that such animals have a desire or preference to avoid pain and suffering. But having such a desire to go on living arguably requires the possession of self-consciousness (c.f. Singer 2011, Tooley 1983). That is to say, in order for the creature to have desires about its own life, it must have conception and memory of one’s self existing over time (past, present, and future).** Thus, creatures that are not self-conscious, do not have a right to life.

Even if one accepts my assumptions about rights possession, I take it that many would still have a strong intuition that it’s wrong to raise and kill mentally disabled babies for food. The philosopher Daniel Dombrowski asserts that it is “one of our strongest moral intuitions”, and argues that no one has provided any good reasons to think that this intuition is mistaken. (Dombrowski 1997, p 180). I agree with Dombrowski that we have this strong intuition, and that absent any defeaters, we have good reason to trust our intuitions (c.f. Huemer 2007 for a strong defense of ‘ethical intuitionism’). However, I think there has been a compelling debunking argument developed. In his 1984 book ‘Abortion and Infanticide’, Michael Tooley argues that the intuition—that it’s wrong to kill the mentally disabled—is recent in human history, and stems from Western religious views about souls and human dignity. Tooley’s theory may be controversial. But if the intuition really comes from religion, and we have reason to doubt that religion is authoritative, then we have reason to doubt the intuition.

There are additional reasons to question our intuitions about killing marginal cases. For one, most marginal cases have families who would be harmed by their deaths. We think it’s wrong to kill and eat babies because other people will be harmed (e.g. their family and society at large). If we are to assume that other people would be harmed in the process of baby farming, then we would be right to think it’s immoral. But I have only made the claim that insofar as there are no extrinsic harms that result from these practices, there is nothing morally objectionable to them. Given that both of these kinds of harm would qualify as extrinsic, my conditional claim remains standing. What I’m saying is that our moral intuitions may not be factoring in all of the stipulations laid out. Instead of just sticking to our pretheoretical moral intuitions, we ought to reevaluate the moral status of the action in light of the particular context.

In closing, the AMC gets us to reconsider our treatment of animals and marginal cases. If one accepts that the argument is sound, then whatever treatment is called for marginal cases, the same must follow for the non-human animals possessing the same morally relevant traits. The conclusion I have arrived at may be disturbing to some. But if you find it disturbing, then you should give up meat eating altogether and adopt (1), veganism, since the only other option (2) is even more disturbing.

*provided that we have the consent of family members and that either it is done in secret or with the approval of the general public.


**Now some animals that are raised and killed for food may have this capacity (e.g. pigs and dogs). However, it is doubtful that chickens, fish, and (especially) shrimp have such a capacity.

Posted by David Sorensen at 7:13 PM