Science is not the only way to know things: a rebuttal to Lawrence Krauss 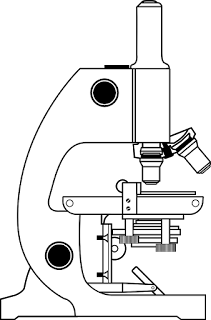 Epistemological naturalism, otherwise known as scientism, is the view which states that science is the source of all knowledge. To assess the merits of the view, one must get clear on what one means by science as well as what one means by knowledge. More than just an exercise in nitpicking, the task of sorting out adequate definitions is important to making advances in philosophical debates. In this essay, I will target some recent philosophical claims advanced by the physicist Lawrence Krauss and argue that he defends a view which understands science too broadly, and knowledge too restrictively. Krauss’s claims are not merely semantic; they are controversial claims about the nature of science and knowledge, claims that have been widely discussed and examined by both philosophers of science and epistemologists.

Krauss is a strong proponent of two closely related theories of knowledge; empiricism and scientism. Empiricism states that sense experience is the source of all knowledge, whereas scientism states that science is the sole source of knowing. While these two views are closely related, one could be an empiricist without endorsing scientism and vice versa. In a series of recent debates and discussions, Krauss has made a number of philosophical claims with little to no argumentative support. Among several others, Krauss has stated that “There are no such thing as non-empirical facts” and that “science is the sole source of knowing”. One might argue that Krauss's statements on these issues should not be taken as representative of his actual views. It's possible that Krauss might come to recognize that many of his statements were sloppy or mistaken, and that he actually holds views that are much more plausible. I don't buy this. Krauss has been very consistent in how he answers questions about knowledge and science over the years. His recent statements should, therefore, be taken to express views he sincerely believes. Furthermore, his statements about the nature of science and philosophy have a wide audience. He has written several popular books and has appeared in dozens of public debates and discussions with scientists and philosophers like. As a theoretical physicist, Krauss rightly recognizes the importance and usefulness of doing science, but I think he gets several things seriously wrong when he starts talking about knowledge and how the practice of science should be defined.

For instance, take Krauss’s definition of science; “rational thought applied to empirical evidence”. Empirical evidence is clearly important for doing science, and so is rational thought, but science is not the only discipline that meets this description. For instance, most contemporary philosophers would be scientists under Krauss’s definition. One might object by saying that his definition is too broad as it captures many other academic disciplines thought to be distinct from science. But the vagueness of the definition also captures countless other forms of activities and practices. If we accept his definition, plumbers are regularly doing science because they need to make observations about pipes and faucets and make rational decisions while troubleshooting problems. Artists would also be doing a lot of science because they need to rely upon sense experience and rational thought to determine how they are going to create their artwork. In Krauss's own words, "we all do science every single day". Such consequences demonstrate the inadequacy of his definition. After all, a good definition should not be open to an endless number of counter examples. An easy way to remedy this problem would be to give a much more specific and accurate set of conditions for what 'science' is.

If one understands Krauss to be stipulating a definition, then his claim is trivial. One could just as easily stipulate that philosophy should be defined as the exercise of critical thinking or careful reflection. Since we need to think and reason about what we know, philosophy is indispensable for knowing things about the world. Therefore, philosophy is the source of all knowledge. But I take it that these disagreements are not merely semantic, but a disagreement about what ‘science’ actually is. Like in his recent book on how the universe came from “nothing”, Krauss illegitimately defines his terms and then (ironically) accuses his critics of just playing with semantics. Playing with semantics to reach a philosophical conclusion happens to be a common trend amongst scientists writing popular books lately (Harris 2011, Krauss 2012, Wilson 2014).

With the difficulties facing Krauss’s definition of science, it is unsurprising to find that his claims about knowledge are subject to many of the same criticisms. Krauss seems to think of the activity of doing science as the source of knowledge. But science, understood as a complex intellectual activity, can be broken down into more basic components. When epistemologists talk about sources of knowledge, they usually have in mind things like introspection, memory, perception, reasoning, and testimony. Scientific knowledge is comprised of a complex combination of all of these.

Scientists rely upon their perceptual faculties when they make observations of the world. They use reason to make inferences and deductions about what they’ve observed. And they frequently rely upon the testimony of their colleagues and scientists of previous generations. Once one realizes that knowledge can be derived by more basic sources (than scientific investigation) it is easy to see why countless instances of knowledge that are by no means scientific. Here are five examples:

v  1: I know whether I am experiencing pain, hunger or thirst (via introspection).
v  2: I know that I turned off my television set before I headed out to the store (via memory).
v  3: I know that my good friend recently got engaged (via testimony).
v  4: I know that “There are an infinite amount of prime numbers” (mathematical reasoning).
v  5: I know that it is wrong to torture children for fun (moral reasoning)

In considering such examples, Krauss would likely point out that they all involve sense experiences, to some degree, providing good support for his belief in empiricism. The problem here is that Krauss misunderstands the debate between empiricism and its opposing view, rationalism. Rationalism states that you can come to know certain things are true through reasoning. Rationalists do not think that you can conduct reasoning without having experiences (e.g. introspection). That would be absurd. They are claiming that the warrant or justification for believing certain propositions comes from the chains of reasoning themselves, rather than something you have to experience or observe. For instance, take logic and math. If you know that Tom is a bachelor, you can come to know that Tom is an unmarried man. To know this, you don’t need to go out and do an investigation of Tom or look at statistics on bachelors. It’s a conclusion that you can come to know just by thinking about the meaning of the concept ‘bachelor’. Tellingly, Krauss disagrees (timestamp: 20:50). He thinks one needs to look out at the world to see whether all bachelors are in fact married. We can observe that all bachelors are actually unmarried men, therefore, it is empirical evidence, that grounds that fact. I will say more on why this is deeply confused later.

Similarly, with mathematics, you just have to sit back and reflect upon the nature of ‘prime numbers’ and ‘infinity’ in order to work out why it is true that 'there is no largest prime'. To make the point more finely, if experience was what really gave you the truth of mathematical propositions, then you could encounter things in the world that might falsify basic mathematical truths like “2+2=4”. Strangely, Krauss, in misunderstanding empiricism, bites an unnecessary bullet on this point (1). In conversation with Peter Singer, Krauss has stated that if you were to encounter a situation where, say, two pairs of apples are put into an empty box, to yield five apples, you would have grounds for thinking that 2+2=5. Singer (rightly!) says that the rational thing to do in such a situation would be to assume that some kind of magic trick was performed, rather than to revise your mathematical beliefs. Your experience of the world has nothing to say about the answers to mathematical equations or basic logic questions.

The irrelevance of empirical evidence to fields that deal largely in the abstract explains why mathematicians and logicians have made great progress with just pencils and paper. (Side note: I tend to think that philosophers occupy a kind of middle ground between math/logic and science. Some are interested in questions where empirical evidence is mostly irrelevant (e.g. metaethics) while others, like myself, are interested in issues (e.g. how the mind works) that are intimately connected with scientific investigations.)

One might argue that since facts about mathematics and logic aren’t about the physical world, they aren’t bona fide facts. They’re just relations of ideas or conceptual truths. This is what some empiricists, such as David Hume, argued. But why believe that facts have to be about the physical world? What makes propositions about the physical world privileged? Is there a sense of objectivity that comes with science that is not realized in mathematics or logic? If so, what exactly is the relevant difference between claims about the world and claims about formal systems? A possible answer would involve appealing to yet another philosophical view, scientific realism. Unlike in mathematics or logic, the entities and postulates described by scientific theories are objectively real, independent of human thought. Mathematics and logic are just useful human inventions and do not bear on claims of truth. Judging by what Krauss has said about the nature of science, he strikes me as an ardent scientific realist. For instance, Krauss has stated “It is nature that determines what facts are, not people” (my emphasis).

While I do not have the space to defend such claims, I want to say that any proposition—a statement that is either true or false—is a candidate for knowledge, and that a fact is to be understood as a proposition that is true (e.g. 2+2=4). Therefore, there can be facts and knowledge about mathematics, logic, and perhaps even morality and metaphysics. In a future post, I will try and grapple with some of the deeper questions raised in these closing sections. Specifically, I will discuss scientific realism and determine whether or not the view is strong enough to justify claims regarding science as a privileged epistemic standpoint.

Perhaps the take away message from Krauss's philosophical ventures is that he nicely illustrates how not to do philosophy, and demonstrates the need for philosophical rigor and understanding. Philosophy has applications not only within domains of study that are mostly nonempirical (e.g. ethics, aesthetics, metaphysics), but for both doing and reflecting upon science. As the American philosopher Daniel Dennett has aptly put it,

“There is no such thing as philosophy-free science; there is only science whose philosophical baggage is taken on board without examination." (Dennett 1996)

Posted by David Sorensen at 6:13 PM

Email ThisBlogThis!Share to TwitterShare to FacebookShare to Pinterest
Labels: Epistemology